Alcohol and other drug use represents one of the most serious health problems in the United States. Although substance use disorders are classified as psychiatric disorders, problem drinking and drug use can lead to other life problems as well. Individuals who have alcohol or other drug problems have higher rates of depression, anxiety, and personality disorders than people in the general population. A person with a substance use disorder faces a number of possible difficulties, ranging from relationship problems, to brain damage, imprisonment, and death.

The current edition of the Diagnostic and Statistical Manual of Mental Disorders (DSM-5) classifies substance use disorders on a spectrum, ranging from mild to severe depending on the number of symptoms present.

Please contact our support staff to
schedule a consultation at
(212) 308-2440
or intake@cognitivetherapynyc.com

The DSM-5 identifies 10 classes of drugs:

Substance Use Disorders involve use that leads to problems in everyday life. The diagnosis is determined by the presence of two or more of the following issues, taking place at any time in the same one year period:

To learn more about the symptoms, consequences, and treatment of alcohol abuse see : National Institute on Alcohol Abuse and Alcoholism.

Marijuana use has been on the rise in recent years. In a New York State survey in 2018, over two million people reported using marijuana in the past year and over 1.5 million people reported using it in the past month. Over 100,000 people began using marijuana last year in New York State alone. Effects of use range from short term memory loss to cognitive impairments in heavy users.

Prescription drug use has also become more and more of a problem in the past two decades. Estimates suggest that 2.1 million Americans have a substance use disorder due to opioid pain reliever use. Rates of prescription for pain killers have more than doubled in the last 20 years. The number of unintentional overdoses had increased 400% since 1999. Other prescription medications have a potential for abuse, including anti-anxiety medications (Xanax, Valium, Ativan) and psychostimulants (Adderall, Ritalin), which are commonly prescribed for ADHD treatment.

Cocaine and amphetamines are stimulant drugs that lead to a sense of euphoria in the user. However, withdrawal symptoms include difficulty concentrating and feelings of depression and anxiety. Use is associated with increased risk for stroke and seizures.

Even drugs that are perceived to be relatively harmless (for example, over the counter cold medications, drugs sold in convenience stores) carry potential risks when abused. OTC medications like Coriciden Cold and Cough can cause hallucinations in high doses. Meanwhile, drugs that are marketed and sold in shops as “synthetic marijuana” or other legal alternatives increase risk of psychotic symptoms and the start of disorders like schizophrenia.

To learn more about various drugs that are abused please see the National Institute on Drug Abuse website at http://www.drugabuse.gov/NIDAHome.html

There is a significant gap in the Unites States for those who need treatment vs. those who are getting treatment. In 2013, around 22.7 million Americans needed treatment for a problem related to substance use issues, but only about 2.5 million people received treatment at a specialty facility. People with substance use disorders can be difficult to assess and treat for a variety of reasons. They may be difficult to motivate to pursue treatment, especially during active addiction. For some people with substance use problems, the shame associated with addictive behaviors may discourage them from seeking help. In other cases, medical and psychological problems may hide the presence of a substance use disorder. Effective treatment plans must take into account social, psychological, interpersonal, and physical issues. Healthcare professionals should tailor a treatment approach to each individual. Involvement in self-help or 12-step recovery groups, medication compliance, and behavioral skills training are all part of a comprehensive plan in treating a person with a substance use disorder. Cognitive Behavior Therapy (CBT) for substance use disorders focuses on addressing dysfunctional thoughts, problematic behaviors, and negative coping strategies. While CBT can be the primary source of treatment, it is often used at the same time as medication, group therapies, and 12-Step programs. Cognitive behavior therapists believe that substance abuse is learned, and, therefore, it can be “unlearned” and stopped through the use of cognitive-behavioral techniques. Understandably, a person with a substance use disorder faces many challenges. In doing CBT, a person can take part in an effective, flexible, and evidence based therapy to help achieve their goals. Miniseries on Substance Use Disorders by Dr. Graham Reynolds: Blog Posts on Substance Abuse:
The AICT
Cognitive Therapy
Podcast
Subscribe
Substance Abuse Miniseries by
Dr. Graham Reynolds 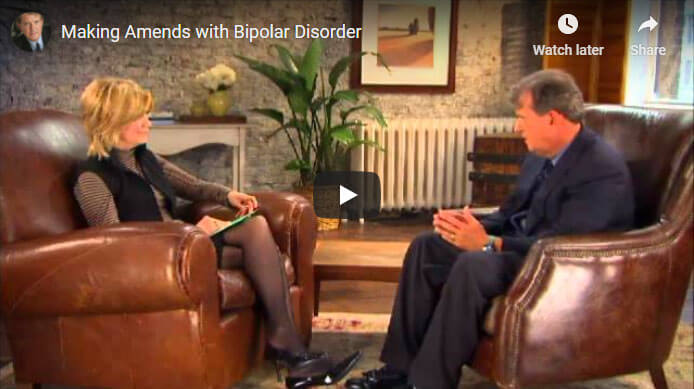